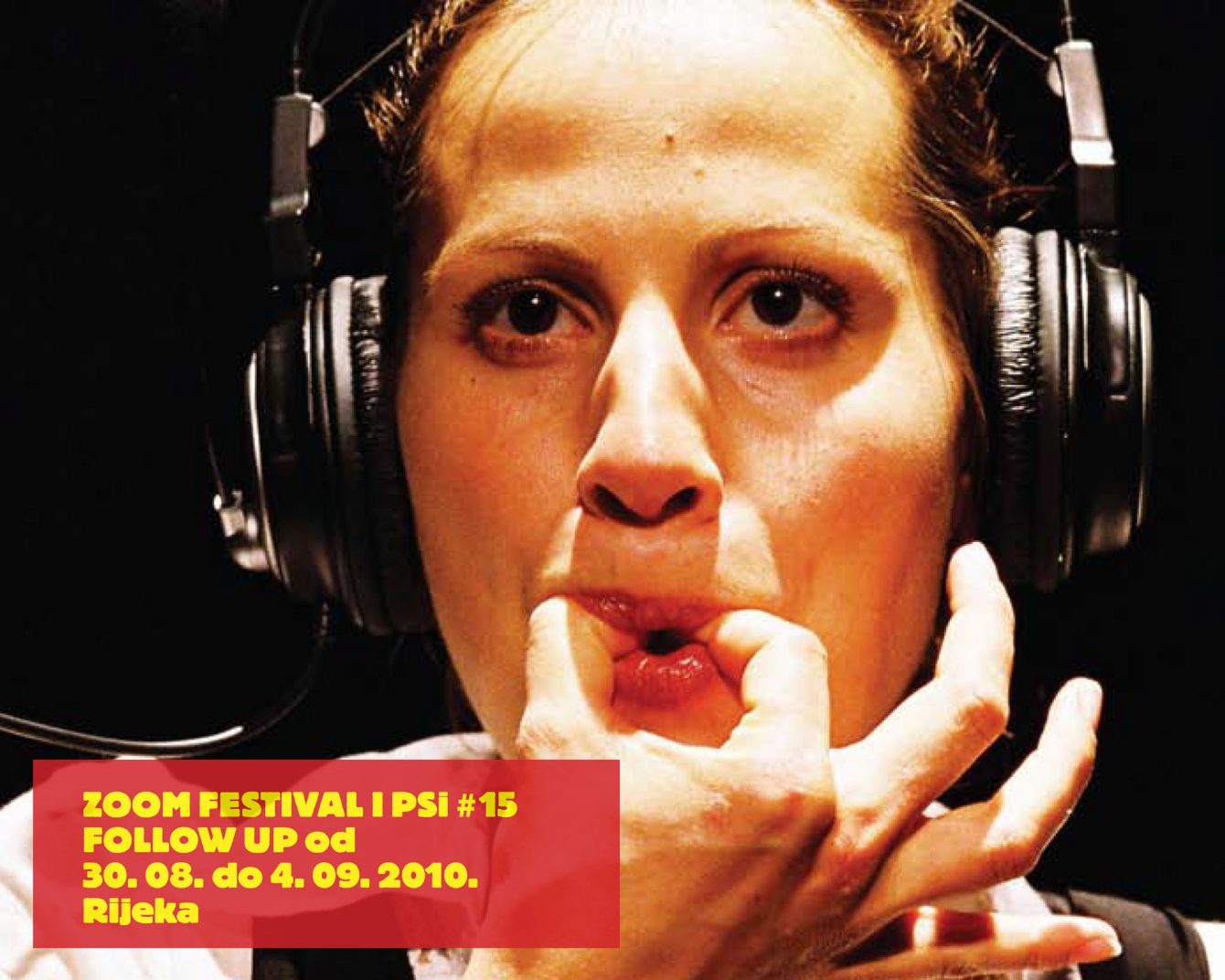 2-5 September 2010, Rijeka
MISperformance – an inverted approach to Performance Studies
The PSi#15 follow up was a continuation and (at least a temporary) culmination of the debate and research on the MISperformance which had taken place in Zagreb in June 2009. PSi#15 mother conference and follow up were devised as provocations and invitations for Performance Studies to move to the realm of the often irreparable mistakes and visit a region which historically exists in a permanent state of exception, unrest and uncertainty. Without presumptuously claiming a re-mapping of Performance Studies interests and re-figuring of their auto-critical impulse, the PSi#15 follow up nevertheless explored the possibilities for further queering of their initial ambitions brought about by unpredicted trajectories of their reach in thought, science, art, action, reception, organization, culture, society and politics.

The range of the themes explored at the PSi#15 follow up included organizational and technological “counterperformativity”; mis-historicization in the current obsession with the archives of the future; shift epistemologies – “shift” as a form of thinking in making and making in thinking across media and disciplines; mis-attention and distraction as aesthetic response to “theatrical coercion”; utopian thinking as the abandoned practice of the contemporary world; “audience democracy” and mis-performed political advertising; asymmetries of tourist mis-performance; urgency as a creative modality responding subjectively to the state of emergency in the public sphere; misrecognitions of the corporeal experience of history in the context of performance; missing identity in acting as well as in its discursive renderings; ekphrasis representing mis-spectatorship as the tactical mis-representation of theatre etc.

The discussion was organized around a twofold conceptual and political aim: to approach the distinctive forces of the all-englobing “performance” through its inherent negative side, as also to point to the site in which this debate is emerging, the location of its culture. One of the distinctive challenges of the PSi#15 was to make allowances for voices heard from the regions which were largely outside of the horizon of the predominantly U.K. and U.S. paradigm of Performance Studies.

PSi#15 introduced the shifts, a format that was devised to make various forms of actual performance (as opposed to academic paper presentations) an equal and integral part of the conference program. The PSi#15 follow up continued the discussion on the experimental formats of interrelated scholarly and artistic research, their organization, dramaturgy and presentation strategies, particularly those formats that risk deformation due to mis-performing.

Out of program mis-performance
During the conference, Slovenian artist Janez Janša, whose work was presented as a part of the ZOOM festival, was brought in for questioning by the Croatian police under the claim that he was cutting up the Croatian national flag (in his performance), which is a criminal offence under Croatian law. The case attracted significant media attention, and PSi concluded that a statement on behalf of the organization in support of the freedom of artistic expression would be appropriate. A statement was composed by the Board members present in Rijeka and it was read by PSi’s President Edward Scheer as a part of the press conference organized by Drugo More / The Other Sea (organizer of the ZOOM festival). The Mayor of Rijeka and numerous public intellectuals unreservedly supported the festival and the artist. The PSi statement read as follows:

PSi, Performance Studies international is the largest organisation for artists and scholars in the field of performance studies in the world. Its membership represents over 43 different nations and some of the world’s major research institutions.
We have come to Croatia for the second time in as many years to hold meetings and research discussions with local artists and scholars and to explore new directions in art and scholarship.
We are here at the invitation of Other Sea. This is an exciting new development for us to be working in partnership with local arts organisations. We want to express our appreciation for the welcome we have received from the city of Rijeka, a city which is becoming a hub for the arts in Europe.
We want to express our support for the artist Janez Jansa, who is not only an important artist in Croatia and the region but also internationally.
There is a particular tradition in the history of art to challenge symbols and to question the meaning of images. As scholars, we have the duty to support the free exchange of ideas and the freedom of expression for all of us, artists and non artists.

Outcome
Publication of conference proceedings in progress (forthcoming in summer 2013).

Organizers
Centar za dramsku umjetnost (Centre for drama arts, Zagreb) in collaboration with Drugo more (The Other Sea, Rijeka), within the ZOOM festival of performing arts.