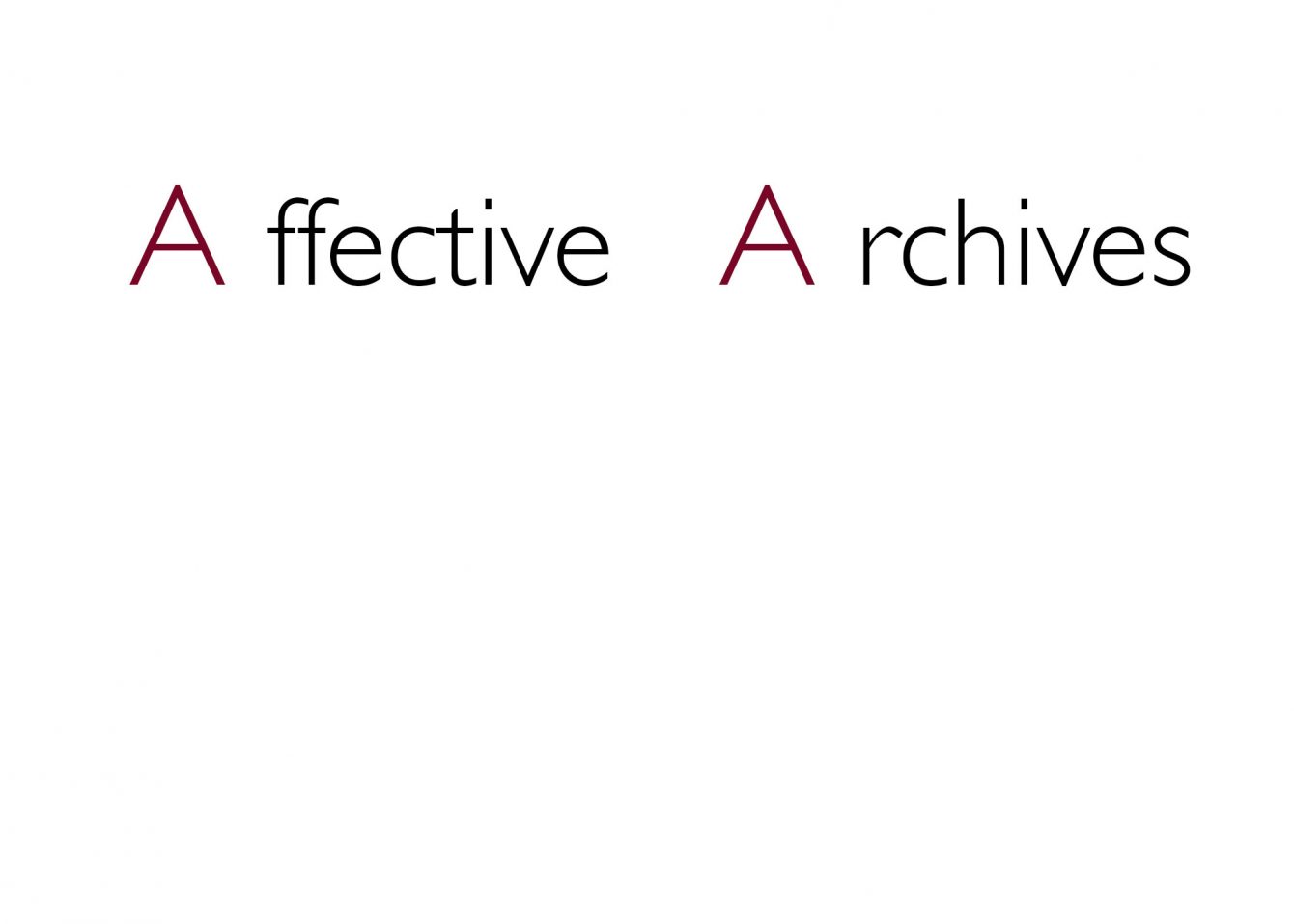 11-13 November 2010, Vercelli
The cluster aimed at interrogating the logic of documentation with respect to the affective charge embedded in the gesture of keeping and recovering traces of the past, of witnessing their disappearance and enabling their re-activation, their potential for survival. Embedded in a dynamics of disappearance, witnessing and recovering of affective responses, Affective Archives also questioned the ‘archival power’ of institutions and their disciplined forms of revival, e.g. the conference ‘proceedings’.

Scholars and artists were invited to work together on these issues. Four artists (Claudia Castellucci/Socìetas Raffaello Sanzio, Cesare Pietroiusti, Massimo Bartolini and Lois Weaver) were commissioned to devise four panel structures with their own specific discursive and performative frames and playing rules, thus highlighting the affective responses potentially embedded in each presentation.

The guideline of the panel designed by Claudia Castellucci was the idea of ecphrasis, as a way to conjure up the energy of the original event, and as an affective communication performed in an educational, if not outright theatrical, context. In order to make up a diversified audience for this specific panel, Claudia paid a visit to Vercelli a month before the conference and held an open lesson to students of different age and education, whom she later invited to attend the panel itself. The challenge for the speakers was therefore to engage ecphrasis as a means for a careful and attentive communication, taking into the account the audience of the panel itself and reflecting on procedures, modes and strategies able to conjure enàrgheia.

10 days before the conference a ‘call for participation’ was launched, in order to select seven people invited to figure out ways to forget everything they would see or hear during the panel. At the beginning of the panel, the ‘forgetters’ explained the strategies they had imagined for forgetting. After the presentations two performances by Cesare Pietroiusti followed: first, by means of selected readings, the artist gave a lecture on the notion of ‘value’ based on the first chapter of Karl Marx’s Capital; then, the artist chewed up a 500 euro banknote for about 10 minutes. At the end of the conference, all the participants were invited to sign a contract that ratified the collective ownership of the artwork (the chewed-up banknote). All the owners would be kept up to date regarding the bids on the artwork and would be able to intervene on the decisions related to its destiny.

The panel designed by Massimo Bartolini took place at the ENAL swimming-pool in Vercelli, an interesting example of Fascist architecture built in 1939, one of the few surviving structures of this kind in Italy. In November the tank was going to be full of stagnant water, an opaque mirror and a repository of traces. The audience sat round the pool as well as on an overlooking terrace; the four speakers were asked to communicate out of sight from a “broadcast studio” located in a camper fitted out as a mobile studio. The idea was to create a dialectics of presence/absence. The area of the pool became a meeting ground between the private space of a studio “conversation” (invisible to the eyes) and its public transmission (relying on hearing).

Lois Weaver’s panel was based on the general structure of a card game and involved all the conference participants. Before the conference Lois had designed and realized 5 decks of cards and 5 score cards. The participants (20 people) sat at 5 tables, 4 at each table. The card dealers at each table were the four panel speakers, who had been asked to divide up their presentations in 13 fragments. Each dealer was assigned a suit, whilst each table featured a deck containing the respective fragmented paper printed on 13 cards. A fifth table was occupied by 4 respondents. “Playing the game” meant reading out the texts, randomly shuffled in unexpected ways. The instant responses to each card, written on the blank cards, were read aloud by the respondents at the end of the game.

A documentation catalogue is forthcoming, including a DVD with a special archival video by Canecapovolto
> www.canecapovolto.it